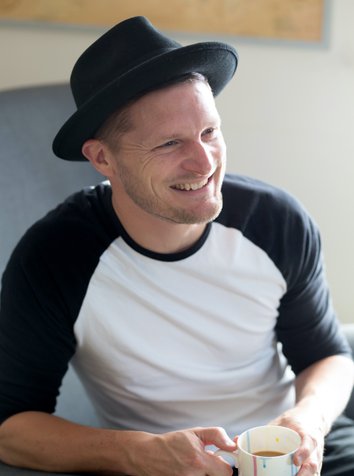 I'm Greg, welcome to my page. I've been making films for a fair few years now and love it just as much as the day I picked up my dad's old camera and started playing around with images and storytelling. In the early days I worked on commercials and drama, showcasing my work at film festivals, picking up a few feel good awards along the way. Since then, I've been bitten by the documentary bug and forged a career as a documentarian, directing and producing prime time broadcast television at home and abroad for most of the major channels: BBC, Channel 4, Netflix, ITV, Five, SKY, Discovery. I've been fortunate to work on some special projects, won Royal Television Society and Broadcast awards, been a Broadcast "Hot Shot", become an Honorary Commando and met a bunch of brilliant people along the way. I'm experienced and skilled leading teams on location and in the edit, bringing a calm, enthusiatic and positive energy with me. But don't just take my word for it, check out my testimonials.

Whether with the armed forces in hostile environments, professional athletes in the white heat of competition or emergency services in life and death situations, I pride myself on highlighting the humility, heart and humour to tell stories in the most authentic and compelling way possible.

What's next? Having spent a lot of my working life bouncing all over the world filming on location, from the Arctic to Afghanistan, I'm now concentrating my efforts on projects a little closer to home in the South West of England. Consulting on productions, getting stuck in to edits and helping the next generation get a foothold in the industry.